With so many birds building nests in the yard, conflicts are inevitable. The grackles have been particularly testy over the last few days, mobbing crows whenever the larger birds enter the yard’s airspace. 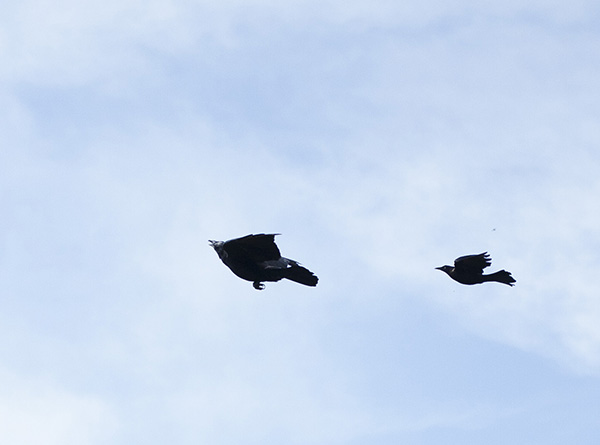 And the crows, who routinely retreat once the grackles have spotted them, will not tolerate the presence of a hawk. Sunday morning I managed to capture a few images as three crows chased a Cooper’s Hawk back and forth over the yard. 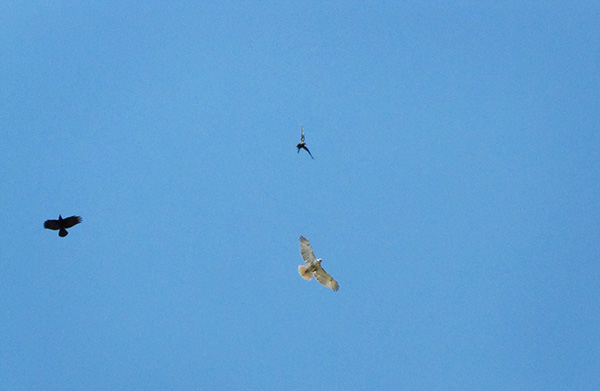 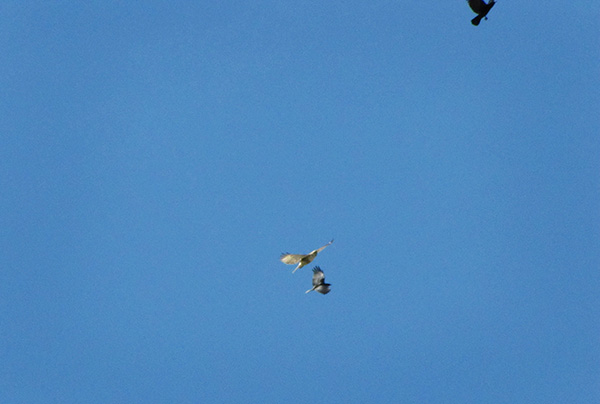 About ten minutes after the chase circled off to the north, I spotted another hawk in a tree two yards over. (Or maybe it was the same hawk, returning for another try at breakfast?) The grackles saw it, too, and began voicing their alarm. Soon a pair of blue jays arrived, also calling alarm. None of the commotion seemed to bother the hawk, until an approaching group of crows added their caws to the chorus. Then it gave up and moved off to try its luck in a quieter hunting spot.

Which led me to ponder the relationships between larger and smaller birds. Why would a larger, stronger bird flee from smaller birds? I suspect it has something to do with energy conservation, it simply being easier to leave when you aren’t hungry enough to risk losing a few feathers, but I wonder what they are all thinking as they call and chase and flee.  And how will their reasoning change, when hungry nestlings enter the equation?

2 thoughts on “Grackles, Crows, and Hawks”