I spent much of Tuesday dodging rain, popping in and out of the house with my camera, hoping to catch a photo of our returning hummingbirds. The hummingbirds didn’t cooperate, but the yard’s other birds were quite willing to pose. 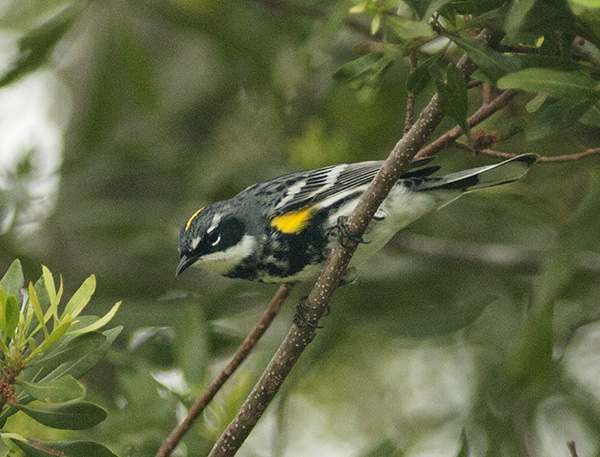 During one session of waiting and watching, a brief disturbance in the pear tree was followed by a grackle landing in the grass. 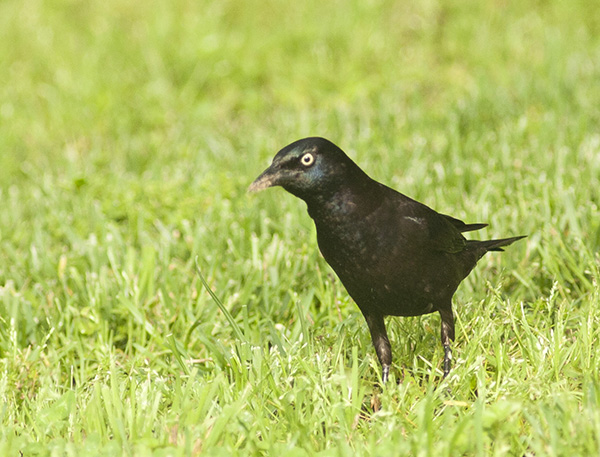 Just before I snapped the above photo, I caught a glimpse of what looked to be a rather large moth disappearing down the grackle’s throat. See all the fuzz on its beak? That’s moth fur. A few moments later an intact wing (and parts of other wings) drifted out of the tree’s upper branches.

After I finished photographing the wing, I noticed something else in the grass. Another moth!

I haven’t seen a Polyphemus moth up close since I was a child. This one seemed stunned, letting me take photos with my macro lens from every angle. I have a suspicion that the grackle had just eaten her mate.

She didn’t have any visible wounds, but she was clearly unable to fly. I let her climb onto my hand, then snipped a twig from the pear tree–something familiar for her to rest on as she recovered from whatever shock had knocked her to the ground. While she rested, I took a few more photos… 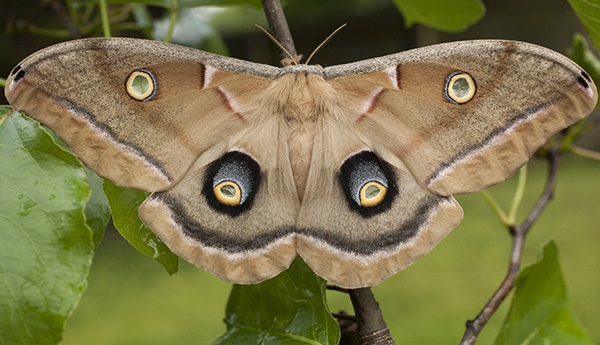 The Polyphemus Moth page at the University of Florida’s Featured Creatures site explains the origin of the moth’s name: “It is named after Polyphemus, the giant cyclops from Greek mythology who had a single large, round, eye in the middle of his forehead (Himmelman 2002). The name is because of the large eyespots in the middle of the hind wings.” 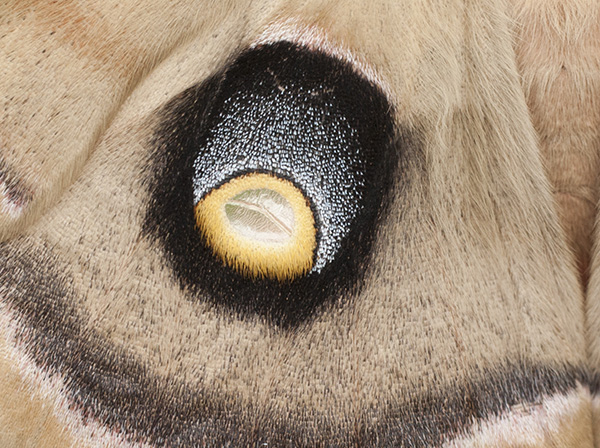 When it became apparent that my moth wasn’t interested in leaving her new perch, I propped the twig in my butterfly box and moved her into the garage.

I meant only to keep her safe until an approaching storm had passed, and planned to release her after dark. (Polyphemus moths are nocturnal. Also, they don’t feed as adults. Their sole occupation after emerging is to mate and, in the case of females, lay eggs.) But my moth had plans of her own. By the time the weather cleared, she had begun laying eggs.

I didn’t want to disturb her during such important work, so I left her to it. By morning, I was the stunned one. So many eggs! 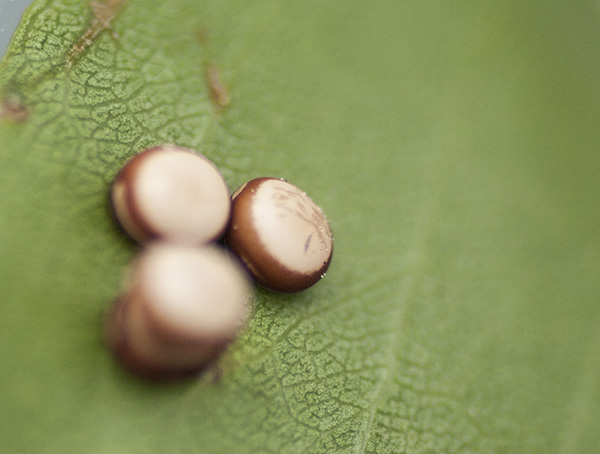 I’m planning to put most of the eggs back in the pear tree, when she’s finished laying.

Most, but not all. I can’t resist keeping a few. For documentary blog purposes… 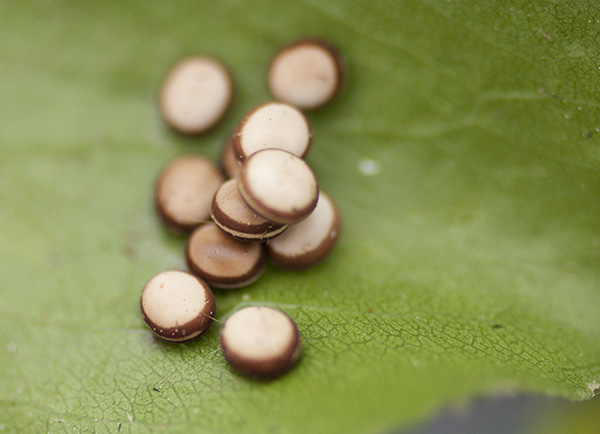