Yesterday afternoon, an Unidentified Dreadful Object appeared in the yard.

The Object landed in a major squirrel cache, amid a trove of buried tidbits. This squirrel made a wary approach, but quickly lost courage. 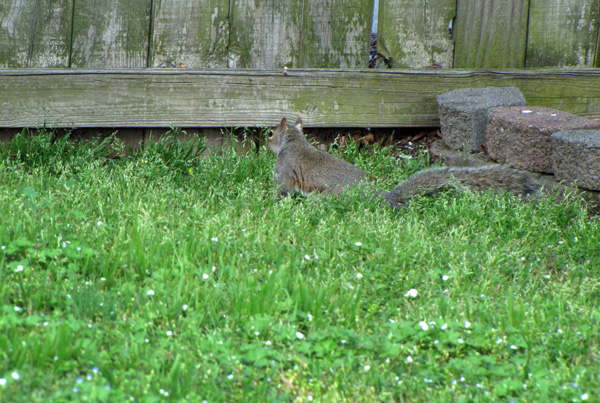 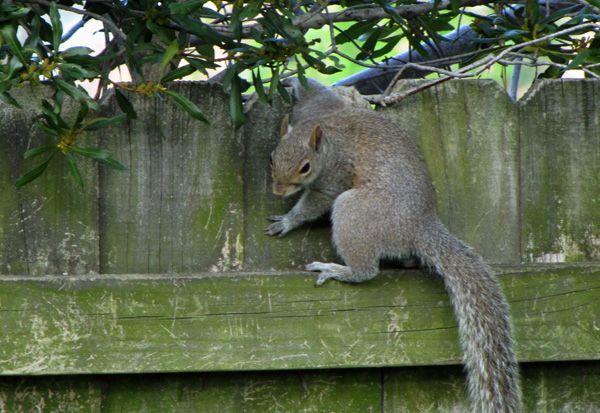 From the fence’s safe vantage, the squirrel eyed the Object for a while. After a few nervous changes of direction, over the fence and back again, anxiety defeated hunger. 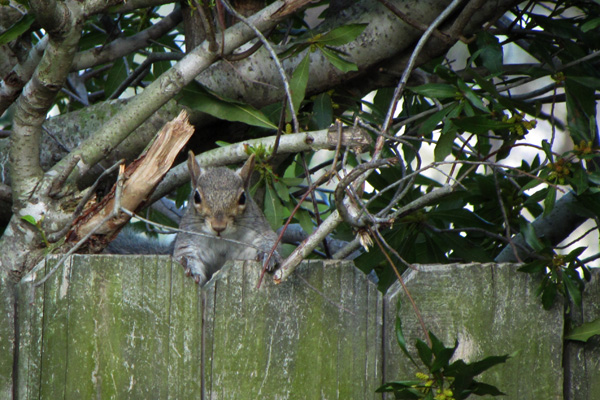 Once the squirrel was gone, the Object was easy to subdue and remove. 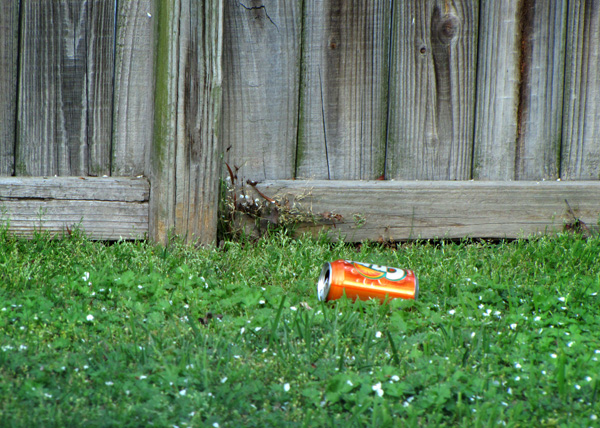 A sidewalk runs along our fence, and litter tends to accumulate in the wax myrtle border. Every so often, something finds a break in the wax myrtles and lands in the yard. As a kid, I did my share of littering, so I pick up what lands in my yard with a weird sense of satisfaction. An atonement, of sorts, as if each current act of responsibility erases a previous moment of carelessness.

7 thoughts on “Something In the Yard”