Over the last few summers, I’ve developed a genuine affection for cicadas. I like their gargoyle faces, which seem perpetually surprised. I’m fascinated by the deceptively delicate veins that trace through their sturdy wings. And I like the challenge of finding them, which is quite difficult for me, even though they noisily advertise their exact location. 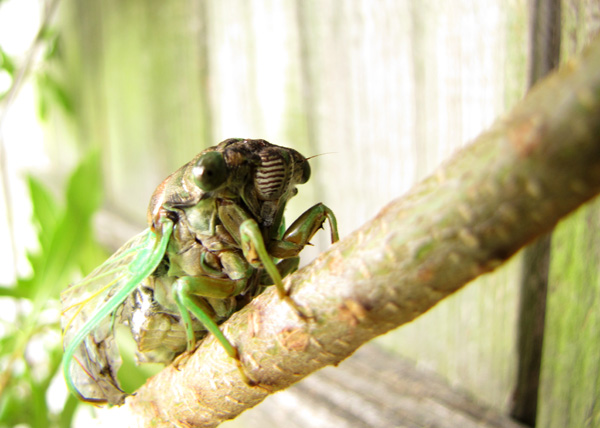 So when I found this injured cicada on our driveway, looking like a premature autumn leaf, I felt a stab of regret and pity. It’s wings were curled and brittle, seemingly charred at the tips. 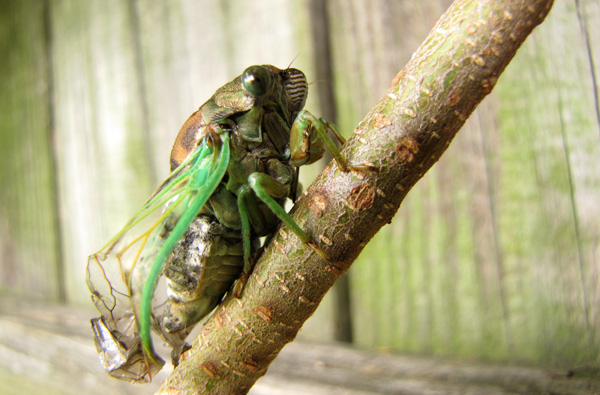 There’s no hope that it will ever fly, but I couldn’t bear to leave it struggling on the driveway, exposed to every passing predator. And when I offered it a stick, it eagerly climbed aboard. Despite the obvious futility, I ferried it into the back yard and released it in the wax myrtle. 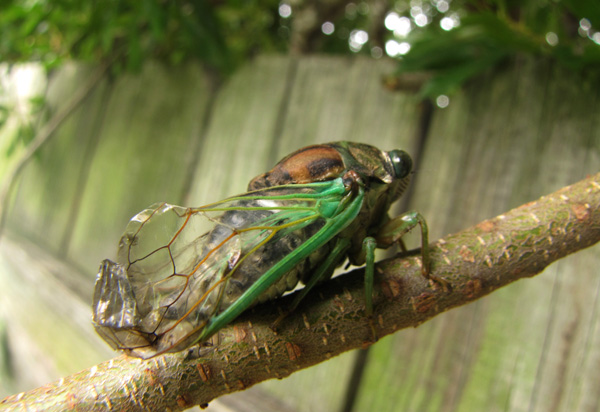 I can’t pretend to have rescued the cicada. I can’t wish for it to meet a kinder fate among the wax myrtle’s branches than what loomed on the driveway. It’s injuries were too severe. Nature makes no exceptions, does not soften with regret and pity, even in such a tame yard as ours.

But as I walked away, the cicada was inching higher and higher, gradually disappearing against the dappled foliage overhead.