Our house and yard are under siege, completely surrounded by carpenter bees.

These large bees buzz around our eaves and patrol along the fence, staging vicious mid-air duels whenever a challenger enters their territory. Sometimes they crash against each other so heavily that both bees fall to the ground. Then, whichever bee recovers first hovers over the unfortunate loser and bashes it back to the ground every time it tries to take flight. These skirmishes last until the defeated bee manages to escape the disputed territory, or until the victor is distracted by another adversary. 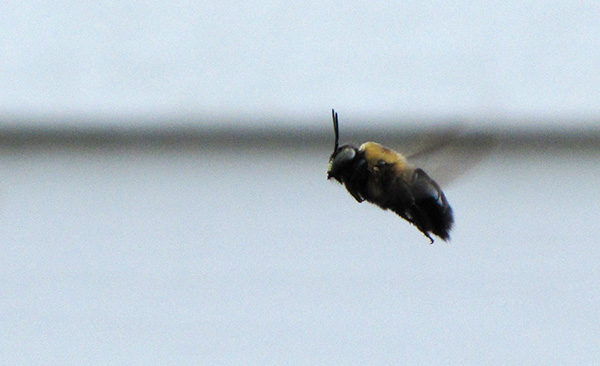 Yesterday afternoon, I spent nearly an hour trying to take photos as one of the bees worked itself to exhaustion chasing the pear tree’s falling petals.

I failed miserably, ending up with frame after frame of motion-blurred bee.

But some of the motion blur was due to laughter. I’ve been feeling sharp stabs of pity, all week, as I watched our swarm of bees harass butterflies and crane flies, even a few hungry warblers. So I couldn’t help but laugh as this little fighter panted along, zipping back and forth in a frenzy of fury, trying to subdue a shower of sparkling petals. 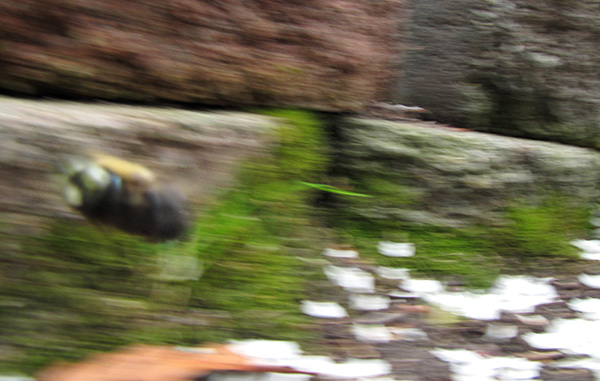