It happens every year, and every year I spend hours trying to capture it with my camera.

Every year I fail.

The pear tree’s spring spectacle is impossible to capture in photos. Or in words.

The nectar explosion brings a horde of other pollinators, too. Enough to keep a taxonomist busy for weeks. Today I became distracted by a handful of lady beetles that were burrowing into the blooms. 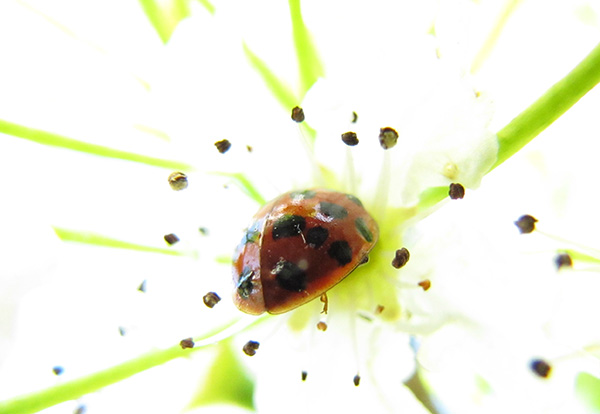 At first I assumed the lady beetles were eating aphids, or other insects. But after watching a while, I decided they were there for the nectar, like everyone else.

Everyone except me, that is.

I was there for the sunshine and the photos, and the riveting wonder of it all.

2 thoughts on “Pollinating the Pear Tree”