Maybe brisk is a better word. Except, nothing feels brisk. Instead everything feels sleepy and slow. Spider webs ripple in smoke-tinged drafts, and wasps pause for photographs as if posing.

Grubs curl sluggishly when disturbed, and I have to go slow with the mower because fall’s chill has dulled the toads’ reflexes. 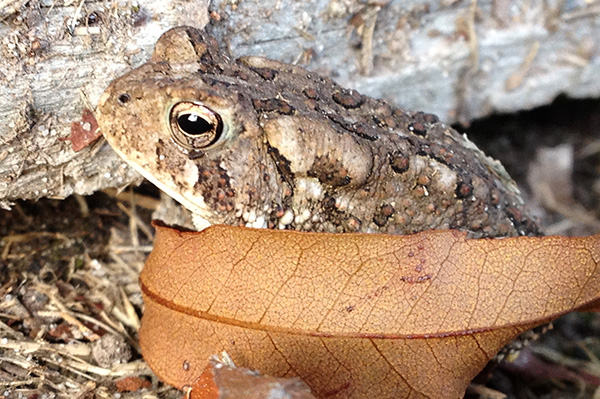 Jumping spiders retreat higher and higher into trees, searching for safe crevices in which to spin their thick winter nests.

It happens like this every year, and every year I succumb to a listless bout of melancholy.

Which reminds me of a poem by Kay Middleton…

O, October what have you done?

I was talking on the phone yesterday afternoon, laughing (and cringing) about how awful it feels to walk through a spider web, when I noticed something moving along the fence. It looked like a leaf, caught (of course) in one of the yard’s many spider webs, being blown about by the wind. But it moved too far along the fence to be anything anchored in a web, and it moved far too purposefully. 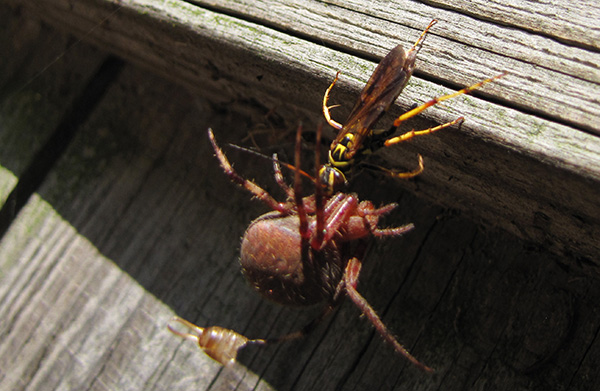 After I hung up the phone and raced to find my camera, I spent nearly an hour watching this little wasp. First she hauled her prey along the middle rail of the fence …

… lowered it down one of the posts …

… and tugged it over the ground until she found a clump of grass big enough to hide it. 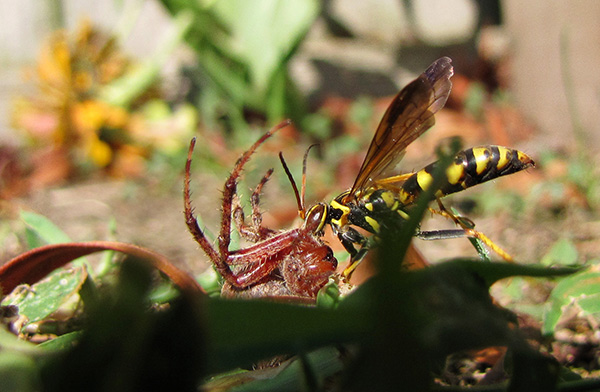 Then she crawled under an adjoining clump of grass and started digging, emerging every so often to check her catch. She seemed to be measuring, trying to see if her burrow was big enough yet.

Once the burrow was finished, she turned the spider around a few times, wrestled it down through the clump of grass, and presumably buried it in her burrow with one (or more?) of her eggs. 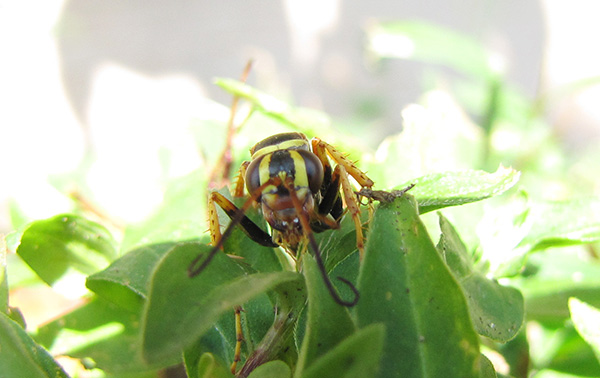 The dynamic between these two predators, between the web spinner and its stinging foe, seems particularly cruel to me. Chances are the spider wasn’t dead when the wasp buried it with her egg. Merely paralyzed by her sting.

It’s a story that belongs in a horror movie or a nightmare, not in the yard. Except, it does belong in the yard. It belongs anywhere there are spiders and spider wasps. Perhaps what doesn’t belong are my words. Perhaps there is no place in the yard, at least in the lives of spiders and spider wasps, for words like “cruel” and “nightmare.” But where is the line? Where on the spectrum of consciousness do words begin? More importantly, where does empathy begin?

A cold front swept through the yard this week, carrying a hint of fall. My mood turned slightly melancholy as I rooted in my closet for sleeves and jeans, as flashes of orange and yellow caught my attention.

I’m certain that summer will return next week, as hot and humid as ever. But it’s green cloak is wearing thin, and it’s remaining months will be flecked with gold. 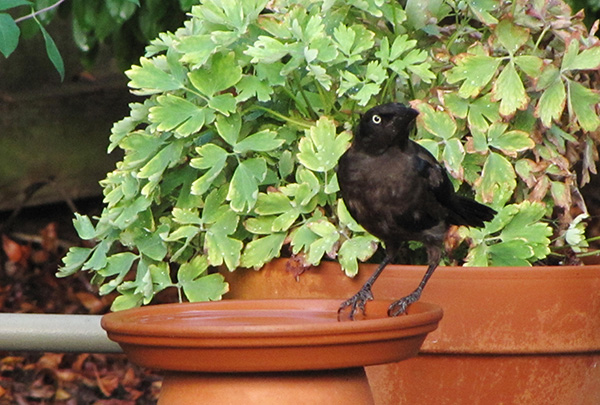