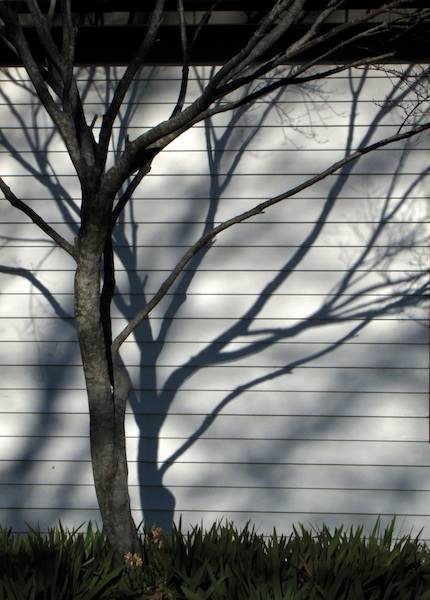 Today’s bright sunshine lured me into the yard, where I spent the afternoon starting (but not finishing) a number of chores. My first job involved two small bird houses, which have become a winter refuge for spiders. Determined to avoid more encounters with black widow spiders, I wanted to clean out the webs and evict any venomous guests.

I’ve been dreading this task, and I was relieved when a clump of weeds with tiny white flowers gave me an excuse to put off confronting the spiders.

After photographing the unfamiliar weed (I believe it might be hairy bittercress), I crawled through patches of henbit and speedwell, trying to capture their enchanting beauty. 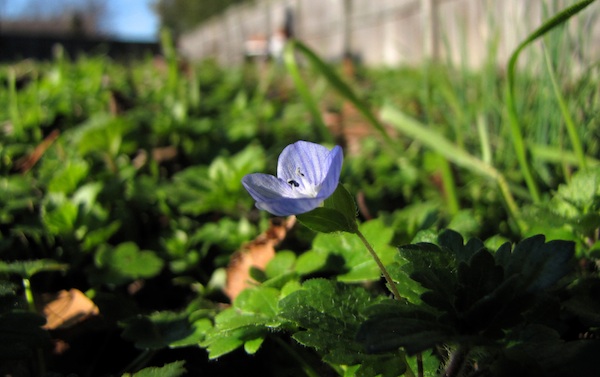 I crossed half of the yard on my hands and knees before I remembered the bird feeders. Dusty and empty, all of the feeders needed attention. Under the second feeder, I found a cicada molt.

A short time later, I moved into the front yard. Before reaching the final bird feeder, I stopped to take a photo of paperwhites.

Beside the paperwhites, a single hyacinth was trying to bloom. Trying unsuccessfully, for the moment, because something has been grazing on it.

A quick search for suspects found a rabbit hiding in the irises and a squirrel trying to hide in a nearby tree. They both looked guilty to me.

Distracted by rabbits and squirrels, I never finished the last feeder. I also didn’t get to the windows, which are disgracefully dirty.

But I don’t regret my disorganized day, which ended on a sunny, sleepy note.

I can clean bird houses, feeders, and windows some other day, some cloudy day when the yard doesn’t sparkle with wonders.

8 thoughts on “A Sunny Mid-Winter Day”