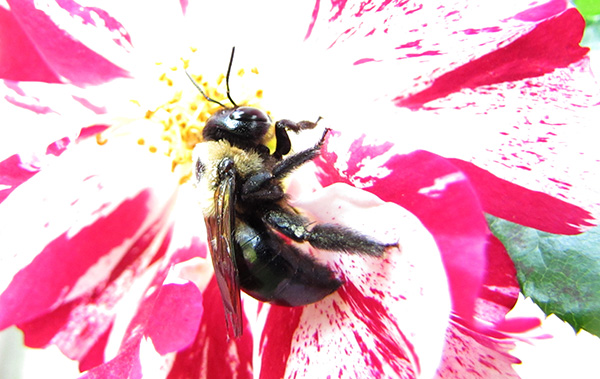 Earlier this week some parts of our area had overnight frost, then temperatures flared into the eighties. Bees and hover flies responded to the summer-like conditions with greatly increased activity, much to the delight of our Fourth of July rose.

And this damselfly had to be rescued from an abandoned spider web.

While increasing insect activity gave me the opportunity to experiment with my camera’s macro functions, the yard’s quickening was visible on larger scales, as well. The cardinals’ nestlings fledged last week, which led to a few days of frantic visits to the feeder, followed by conspicuous absence as the little family moved on to explore other yards.

The squirrel kittens never returned, after that one brief visit, but the adult squirrels have been growing more playful and tolerant of each other as they approach the beginning of a new breeding season. Perhaps there will be more kittens, later this summer. 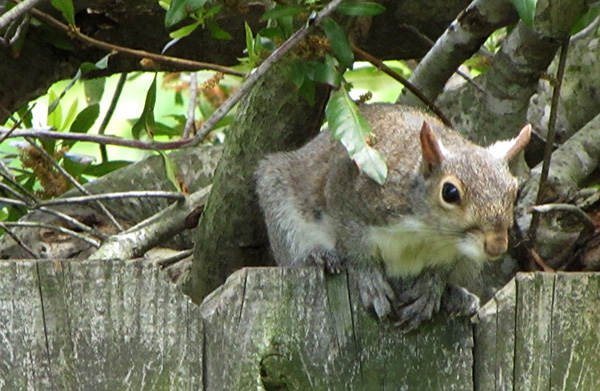 Perhaps there will be more of everything. Especially more long, lazy afternoons with bright pools of sunshine and breezy, open windows. 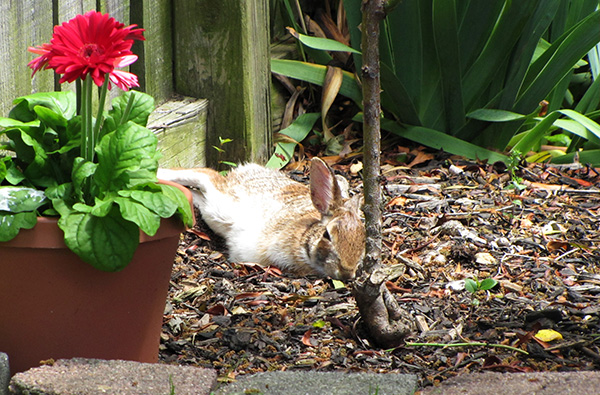 In a word, more serenity. 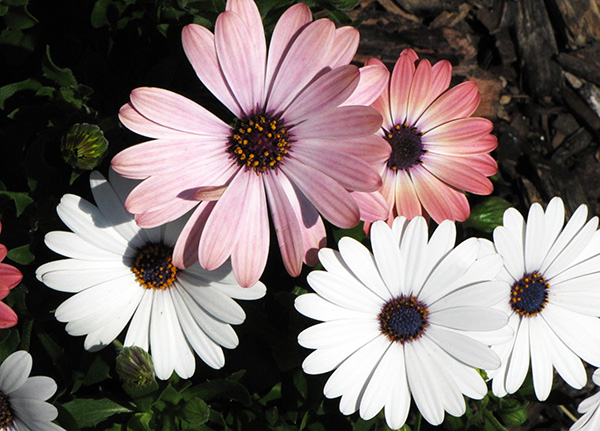 (During my spring flower frenzy, I bought the flowers in the above photo because their labels said “Serenity”. They are Serenity series African daisies, and I’ve planted them right beside the front door…)

7 thoughts on “Mid-May in the Yard”