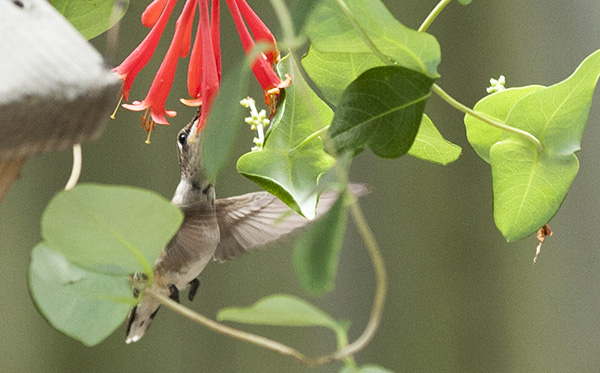 In May, the yard’s hummingbird hopes suffered a setback when a family of house finches plucked the honeysuckle’s early blooms.

But the honeysuckle recovered quickly, and by the end of June there were enough blooms to attract renewed attention.

The salvia also bloomed steadily through June and July, adding a second source of nectar. 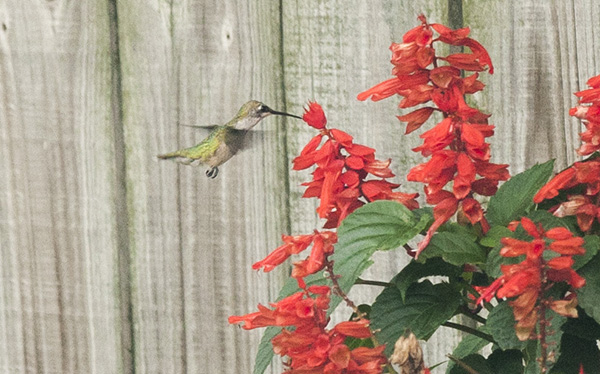 Now I see hummingbirds daily. They zip through the yard at reasonably predictable intervals, one or two an hour, and I occasionally find them resting high in the wax myrtle.

If I stretch the camera’s zoom to its limit, I am able to catch several frames before they become suspicious of my fixed attention and clicking shutter. 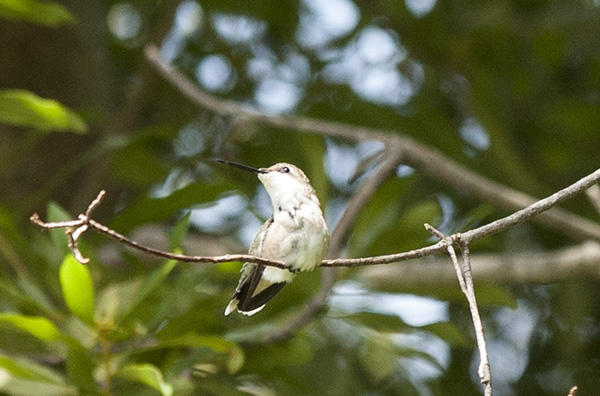 When two individuals cross paths, fierce and noisy bouts of aerial combat break out, with both birds squeaking rapidly as they dive and swerve. They are too fast for my camera during these skirmishes. 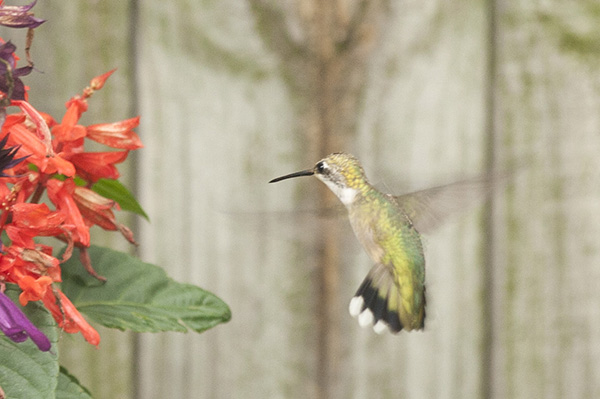 For that matter, they are too usually fast while feeding. These photos represent several hours of stalking. (I suspect most of my photos feature a single individual who has established a repetitive feeding pattern.)