The milkweed was meant to be the yard’s monarch nursery, but in April it became a rabbit nursery. 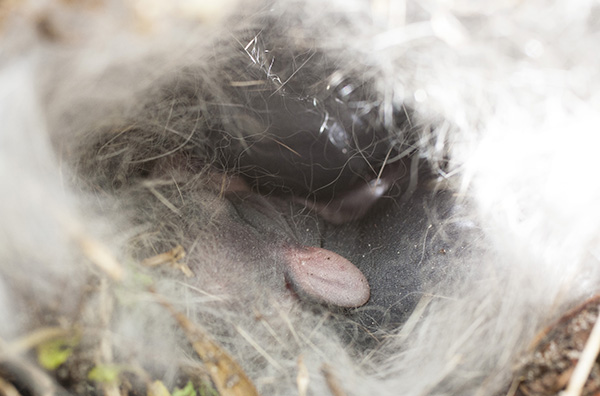 Rabbits are the yard’s charismatic megafauna, and watching rabbit nests is one of my favorite obsessions. 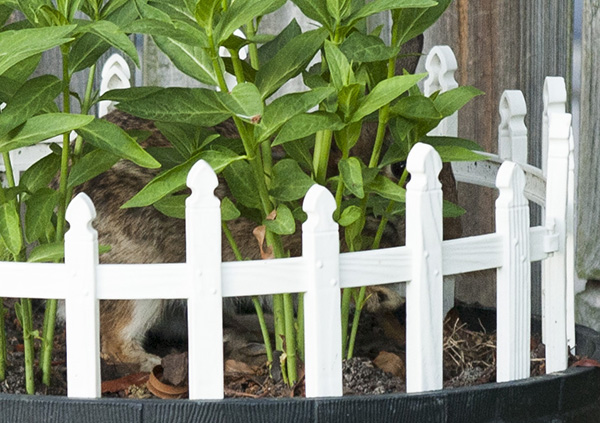 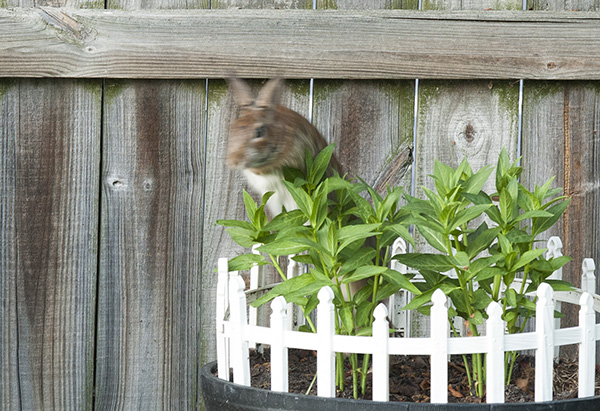 For the first week or so the babies never leave the nest. During that time I mostly watch their mothers. 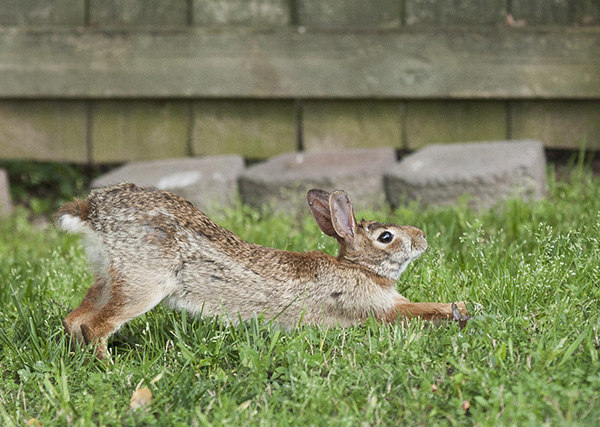 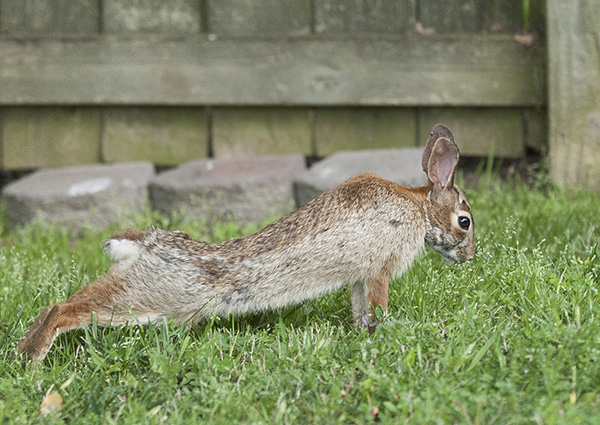 Because this nest was in a tall planter, the babies could not return once they began exploring. 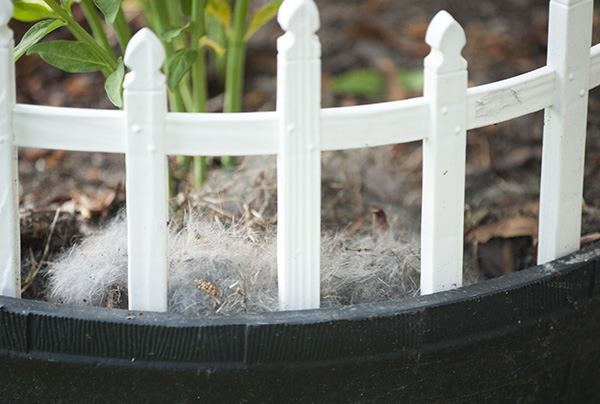 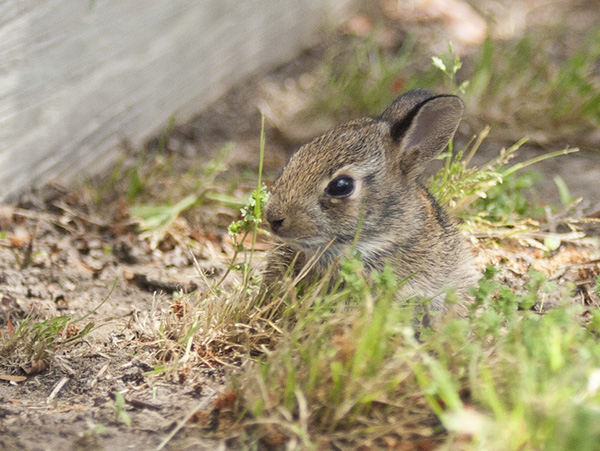 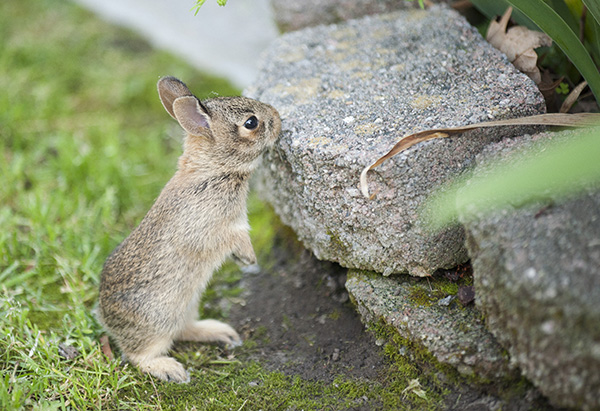 For the first few days, they crossed every open area at a run, dashing from shelter to shelter. 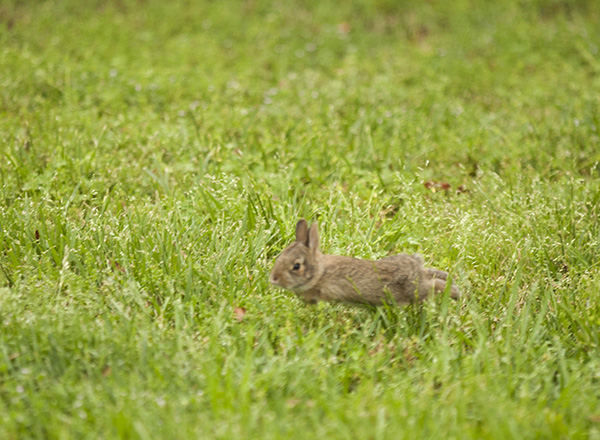 When you are running faster than you think you are, and you can’t jump as high or far as you think you can, you end up tangled in the hose… 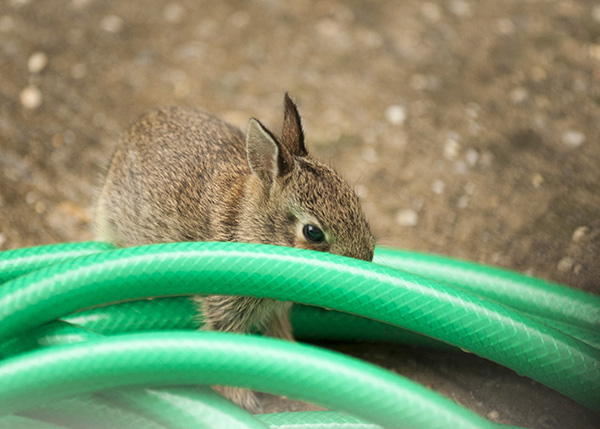 And then your brothers and sisters laugh at you. 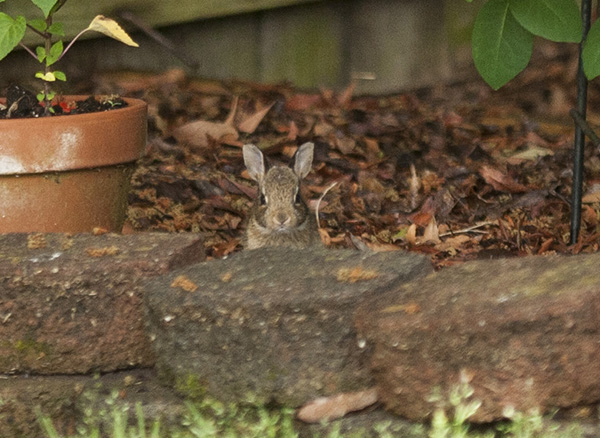 The babies were on their own most of the time, but their mother visited twice a day to let them nurse. I had fun imagining the stories they told her each evening. 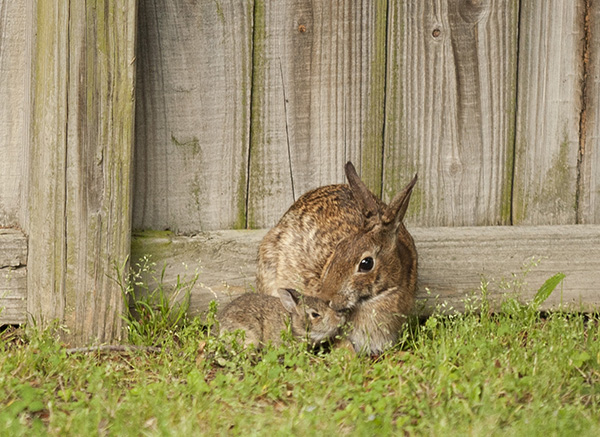 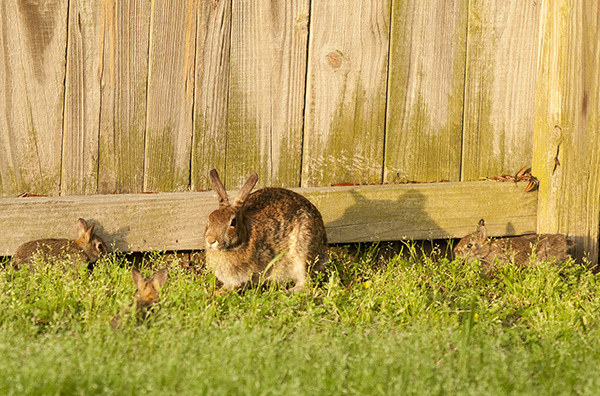 (After they finished nursing, of course.) 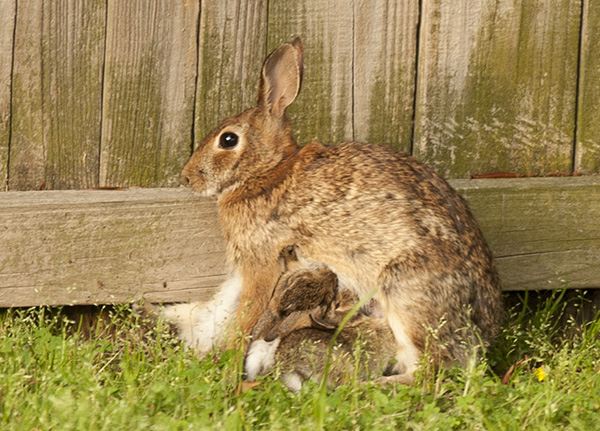 Each day the babies explored a bit further, memorizing the best hiding places and learning how to graze. 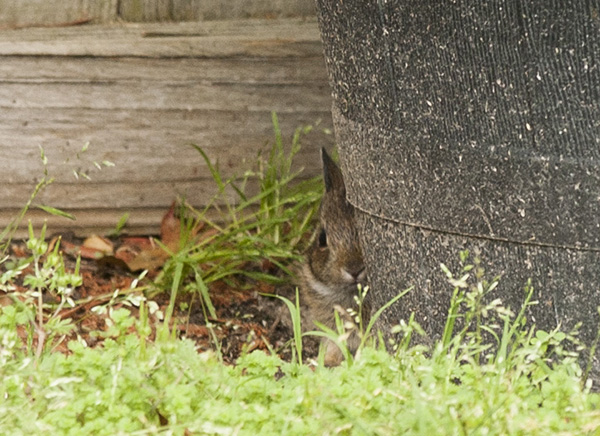 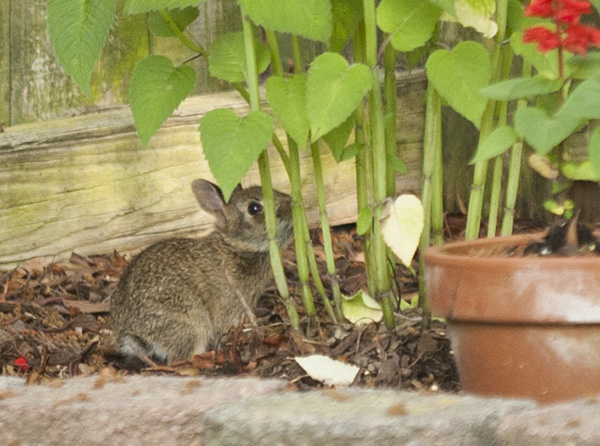 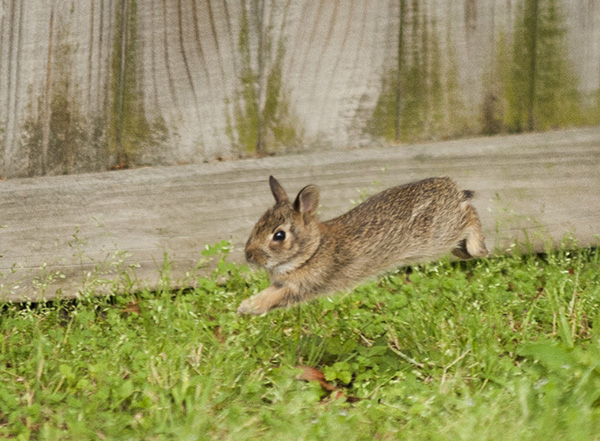 But they still gathered each night near the milkweed, waiting for their mother. 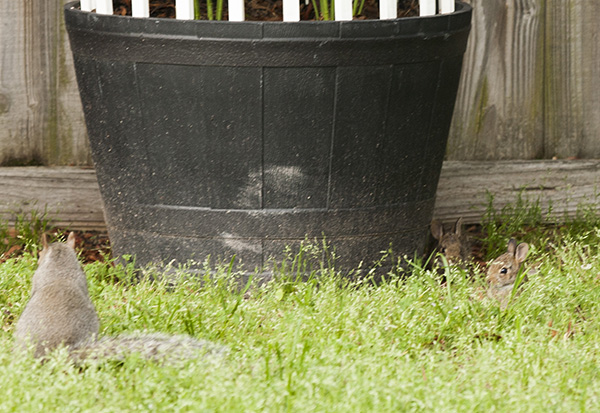 (Squirrels do not appreciate being approached by hungry baby rabbits. The next night they were much more cautious.) 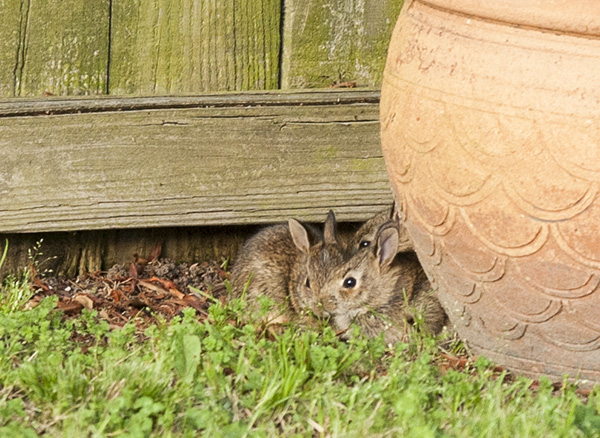 Over the last week they have become completely independent, grazing on grass, clover, and dandelions, venturing further and further from shelter as they grow more confident. 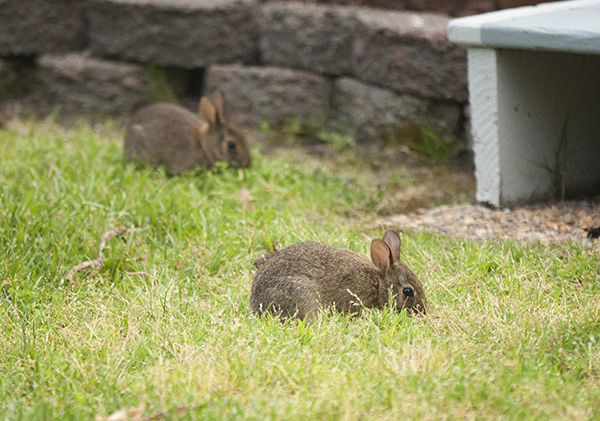 They are beginning to look more like rabbits than bunnies. 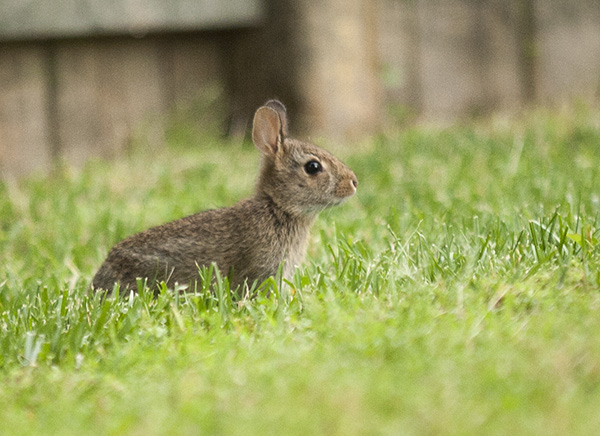 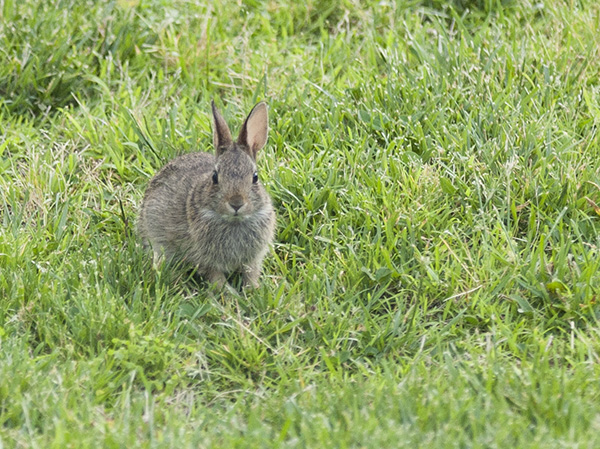 But as they become rabbits, more bunnies have arrived. There’s a new nest in the front iris bed, and I’m feeling a strong urge to read Watership Down again.