The saddleback caterpillar is one of North America’s stinging caterpillars. Each hollow spine is equipped with venom, and bright patterns on its back advertise the danger. Everything about it signals “Don’t touch!”

I found my first saddleback caterpillar in the yard yesterday, and I hope there aren’t many more. I’m not interested in finding out exactly how painful their stings can be.

The University of Florida’s online reference says this: “The saddleback caterpillar is encountered most frequently as a medically significant pest, and has minor effects in landscaping and agriculture.” So, while my caterpillar was doing a very neat job of eating one of the iris leaves, its primary impact in the yard is being a “medically significant pest.” (Something about that phrase makes me want to write a poem.) 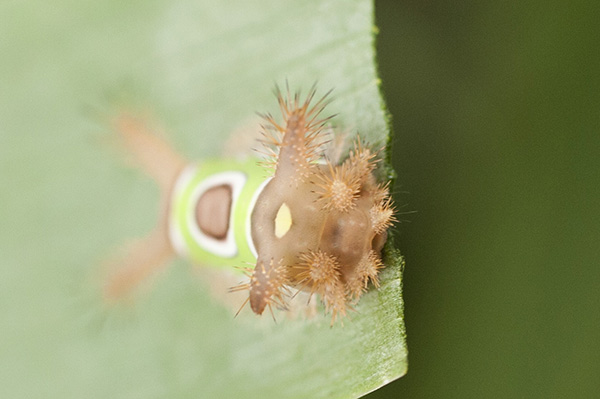 The only North American caterpillar with a more venomous sting than the saddleback is the puss caterpillar, which I encountered in the yard a few years ago. Here’s a video I made at the time:

When I found the puss caterpillar in 2010, our newspaper’s wildlife columnist published one of my photos. She later published an article spotlighting readers’ stories of having been stung by both kinds of venomous caterpillars: Those cute little caterpillars can pack a big, painful wallop. 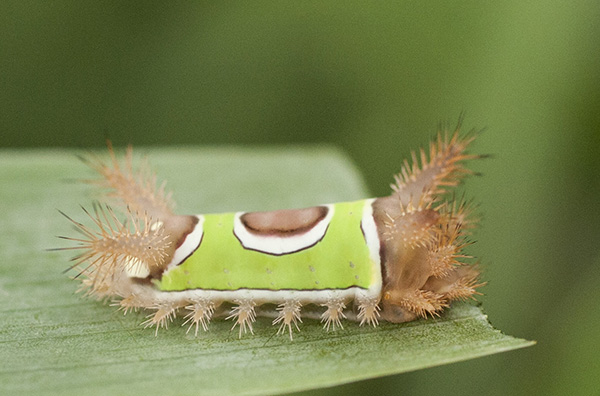 Another rainy day and another video from the summer archives. (I blame the rain, but it’s not the rain’s fault. Even if it does make me so sleepy I can hardly think.)

This video has a little history. In the process of identifying the caterpillar, I contacted our local wildlife columnist. She included one of my pictures in her column and published a follow-up column after another reader reported being stung.

Today I dreamed of summer. In honor of longer, warmer days, I rescued a few videos from the cold darkness of digital storage.